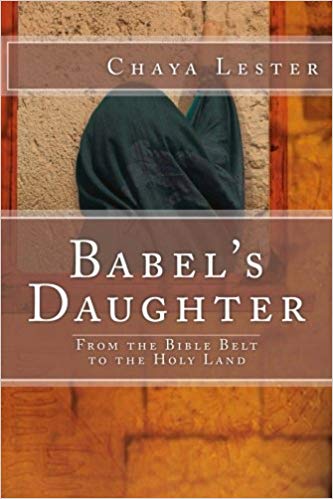 ​Babel's Daughter: From thee Bible Belt to the Holy Land

“Babel’s Daughter” is the story of Chaya Lester’s cosmic, sometimes-comic, always-poetic, spiritual journey from the Mississippi Delta to the hills of Jerusalem. Her tale is much more than mere entertainment. It is what Chaya coins “innertainment”, where readers are guided on their own journey while reading about hers. This book is taken off of Chaya's electric one-woman show by the same title. The show has been hailed as a masterpiece by audiences from around the world. Here, the script of that show is expanded it into a more nuanced and robust poetic memoir. Although this journey is a Jewish one, the themes and lessons woven together in this book strive to be universal and reflective of an archetypal spiritual quest. From Ha’aretz National Magazine in Israel: "Chaya Lester…has an unusual combination of talents: the psychological training to enable her to self-reflect and self-reveal, and the lyrical flair to put her experiences to verse...Her wordplays alone, delivered like an old-new hybrid between a rap and a rapture, are well worth the journey.”

Add to Cart
Powered by